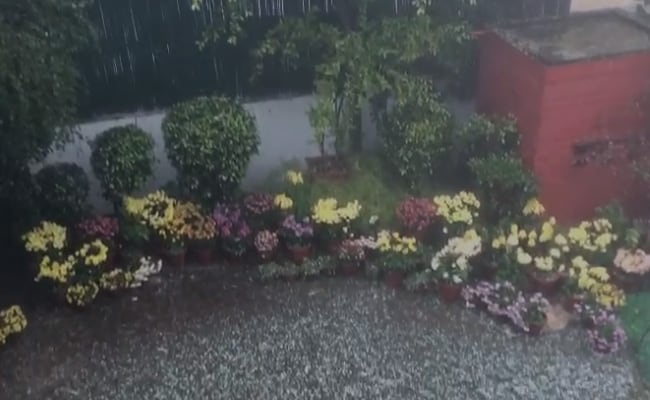 Delhi Weather: The rain continued in the national capital for the fourth consecutive day.

The national capital woke up to rain and hailstorm this morning. The rain started around 7 am, followed by hailstorm minutes later in parts of Delhi. The rain and cloudy skies also led to a dip in the temperature.

The rain continued in the national capital for the fourth consecutive day.

Goodmorning Delhi …
What a Hailstorm!!! ????
#Hailstorm#DelhiRains#DelhiHailStorm#wednesdaymorning#Wednesdayvibepic.twitter.com/uq5UkeTMTc

The Safdarjung Observatory, which provides representative data for the city, recorded 1.3 mm rainfall till 5:30 pm. The weather stations at Palam, Lodhi Road and Ridge recorded 5.3 mm, 0.4mm and 4.8 mm rainfall, respectively, during the period.