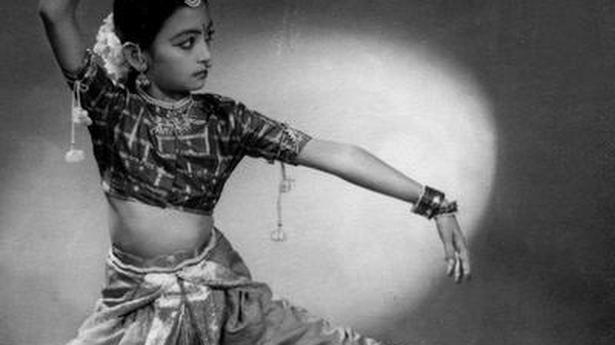 At 77, the celebrated Sudharani Raghupathy looks back at a long and eventful journey filled with legends, phantoms and restraints

“People have asked me why I chose to be a dancer. I did not choose. I was chosen to be a dancer, and with that, you live all your life.” Martha Graham

This line of Martha Graham’s, who she considers among her “influencers”, sums up Sudharani Raghupathy’s life equally well. As she prepares to trace her journey, remembering all those who impacted her — celebrities and non-celebrities — we draw our own personal memories of the beautiful dancer. A danseuse with a regal bearing, it often seemed as if she were a portrait that had come alive. The colours she wore, her jewellery and drapes, and the stunning gold chain she wore diagonally across the chest spoke volumes of her aesthetic sense. Although it resembled most the sacred thread worn by privileged castes, Sudharani says she did not flaunt it as a caste symbol but as part of her ornamentation.

In a significant way, though, the golden cross-band probably stayed as a reminder of the distinct divides in the genres of training she received in dance. It was also perhaps a constant reminder of the ‘restraint’ she was taught to maintain both in life and in her art.

Sudharani learnt Bharatanatyam at a time when the privileged castes did not quite approve of their daughters being on stage. It was also the time when the legendary Rukmini Devi brought in reforms to the dance form that were met with both applause and criticism, reforms that were all about bringing “aesthetic restraint” to Bharatanatyam. This had a profound influence on Sudharani. “I was always made to maintain decorum in public spaces. Here in Madras, while performing, I had to be conscious of my in-laws and other high society people sitting in the audience, and so I ensured that my expressions were subtle and understated.”

Interestingly, Sudharani learnt abhinaya from Mylapore Gowriammal and was deeply influenced also by the legendary Balasaraswati (a frequent visitor to her house), both artistes from hereditary dance communities. Yet, on a parallel track, two other women played an important role in her life: Rukmini Devi and Kamaladevi Chattopadhyay.

The aesthetics that one discerned in Sudha’s presentation and aharya can be attributed to the influence of Kamaladevi. Sudharani had the good fortune of working with her in close quarters, and it was she who steered Sudharani towards documentation as well. It led her to a serious study of Arayar Sevai, a temple ritual art form of the Vaishnavite tradition, which she documented for Sangeet Natak Akademi.

Sudharani had the capacity to observe and mimic from a young age, and friends would call her ‘Copy-Cat’. The story goes that Kamaladevi Chattopadhyay asked her to prove her nickname by making a copy of A.K. Haldar’s drawing, ‘The Laughing Hyena.’ So impressed was Kamaladevi with the result that she took the copy and presented Sudharani with the original.

Speaking about Rukmini Devi, Sudharani recalls an incident. “In 1958, I was the first dancer chosen from a non-hereditary dance community for a government cultural scholarship. The panel had E. Krishna Iyer, Justice T. L. Venkatarama Iyer and Rukmini Devi. A petition was filed against me and I had to reappear before a committee in Delhi. I was selected again, purely on merit,” she says.

The first Indian at the Randolph Macon Women’s college in Virginia, the U.S., Sudharani majored in World History of Dance, Studio Arts and in the Martha Graham technique. This training taught her callisthenics. While ballet kept her on her toes, Bharatanatyam kept her grounded. Melding the two disciplines would have been the easiest option for Sudharani, but she decided to adopt the techniques of ballet and incorporate the breathing practices into her natyam, without straying from the traditional margam.

Sudharani’s dance journey began with U.S. Krishna Rao, a disciple of Meenakshisundaram Pillai. Around the same time, she trained in music from the legendary violinist T. Chowdiah. “It was after watching me perform at an event that Guru Kittappa Pillai sought me out to train me,” she says. “His strong musicality and rich legacy of dance left a deep impression on me, which led to my blossoming as a mature dancer. The most significant pokkisham (treasure) that I got from him was the Navasandhi Kavuthuvam, which I passed on as a legacy by releasing a DVD of the same.”

Sudharani was also fortunate to interact and collaborate with a tower-house of knowledge, Dr. Thangaswamy, the Sanskrit scholar, and with Madurai N. Krishna Iyengar, a musician who influenced her and created several compositions for her margam and dance productions.

Shree Bharatalaya, the dance school she founded 50 years ago, has played a pivotal role in nurturing dancers and producing valuable research. The school has published Madura Margam (containing all of Madurai N. Krishnan’s compositions), and three volumes of Sudharani’s personal notes called ‘Lagu Bharatham, illustrated by her skilled stick figures. She worked on the Nataraja icon, placing it on two triangles to form a six-sided star or Shatkonam. Her drawing of Nataraja, which she used in several lec-dems and papers could well be compared to Da Vinci’s Vitruvian man.

Sudharani recalls dancing at the UN General Assembly in 1981 for Human Rights Day, at the invitation of the then Secretary-General Kurt Waldheim. In her paper titled, ‘Bharatanatyam – The Dance Art of The Tamils,’ presented at the 1981 Fifth International Conference – Seminar of Tamil Studies, she traced the Tamizh origin of Bharatanatyam, drawing from Silapadikaram and Tirumandiram, and from Purandaradasa. The essence of her paper was to establish that Bharatanatyam was a dance form of the Tamil people.

Her television serial, Bharatanjali, was the first of its kind on Doordarshan in 1979 and 1981, where she presented the legends of the time. A senior teaching associate of Indian Studies at Colgate University, New York in 1995, Sudharani has received several honours, including the Padma Shri, the Sangeet Natak Akademi award and the Kalaimamani.

Simplicity, proportion, emphasis on form, clarity of structure, restrained emotion and grace are some attributes associated with Sudharani. And she says she acquired these qualities by observing, studying, learning and imbibing. She acknowledges the presence of both the celebrated and the “not-so-well-known” or “phantom-legends” in her life.

As our conversation tapers off, our thoughts stray back to her gold cross-band. And she repeats how it has been a constant symbol of the balance she had to strike between two worlds: family and art, abandon and restraint, Western and Indian. As an artiste and a woman, she made her choices. And they worked for her.

The author is a Chennai-based freelance writer.