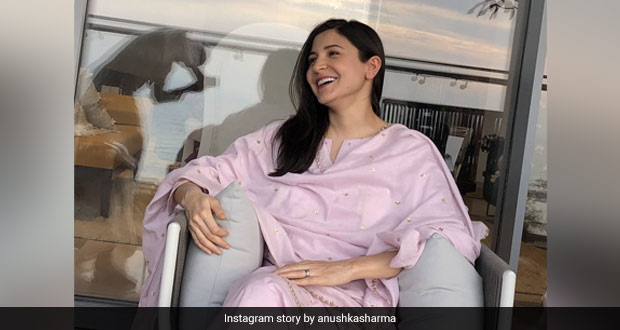 If you follow Anushka Sharma, you would probably agree that the actress had quite a week when it comes to delish food. After feasting on pizzas and home-made gol gappas, the actor indulged in a lavish Sunday brunch. The brunch comprised the best of Sindhi breakfast staples. Anushka, who is due this month, is doing her best to keep everything in balance. She not only remembers to workout and do yoga as often as she can, but also doesn’t shy away in eating her heart out either.

The Sindhi Food On Anushka’s Table:

Anushka posted an Instagram story thanking her friend Jayesh Kishanchandani for the ‘ultimate Sindhi brunch’. On the table, we could see dal pakwan, and some koki, a crispy flatbread that is often stuffed with onions and spices, some papad, chutney, pickles. We could also see a plate of dahi bhalle and chola dhabal, a Sindhi version of chole-puri. This chickpea curry has a slightly thicker consistency, and is replete with hot spices. 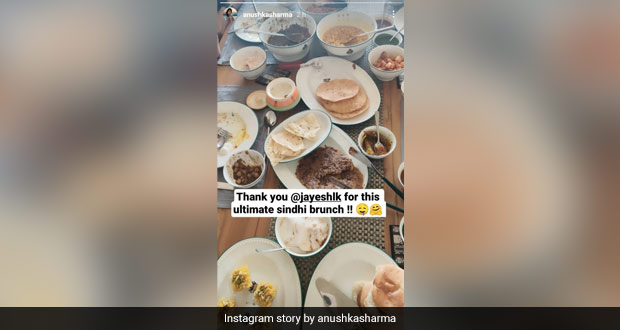 Anushka Sharma and Virat Kohli are expecting their first child soon. The couple announced the news to their fans in August last year. Anushka also accompanied cricketer Virat Kohli on his IPL tour in the UAE. Anushka Sharma has a couple of interesting projects in her kitty, one of which is cricketer and fast-bowler Jhulan Goswami’s biopic. Anushka Sharma has also been in news for producing some of the best web shows and movies on various OTT platforms last year like ‘Pataal Lok’ and ‘Bulbull’.

About Sushmita SenguptaSharing a strong penchant for food, Sushmita loves all things good, cheesy and greasy. Her other favourite pastime activities other than discussing food includes, reading, watching movies and binge-watching TV shows.