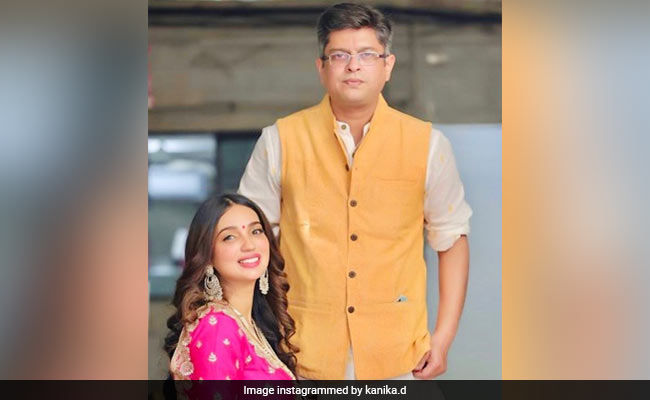 Kanika Dhillon, who is known for writing scripts for films such as Manmarziyaan, Kedarnath and Judgementall Hai Kya, is now married to screenwriter Himanshu Sharma, she announced in Instagram posts on Monday. Kanika posted photos from their intimate wedding ceremony that appears to be attended by only family and wrote: “New beginnings. #2021.” Kanika looks stunning in a magenta bridal outfit while Himanshu Sharma can be seen wearing an off-white kurta, paired with a yellow jacket. In another set of photos, Kanika Dhillon and Himanshu Sharma, who has worked on films like Tanu Weds Manu and Raanjhanaa, can be seen performing their wedding rituals. Taapsee Pannu, who will next be seen in Haseen Dillruba, written by Kanika, congratulated the couple in the comments section.

Check out the aforementioned photos here:

Kanika Dhillon and Himanshu Sharma got engaged in December last year. Sharing pictures from the ceremony, she wrote: “#Famjam and more… with #himanshusharma,” accompanied with a heart icon. Take a look at the pictures here:

Himanshu Sharma is a National Award-winning film writer, who has worked as a writer in films like Strangers, Tanu Weds Manu and Zero. He is currently working on Atrangi Re. He has produced films such as Shubh Mangal Savdhan, Manmarziyaan, Laal Kaptaan and Shubh Mangal Zyada Saavdhan, to name a few.

Himanshu Sharma was previously in a relationship with actress Swara Bhasker. The duo reportedly started dating during the shooting of the 2011 film Tanu Weds Manu and broke-up last year.