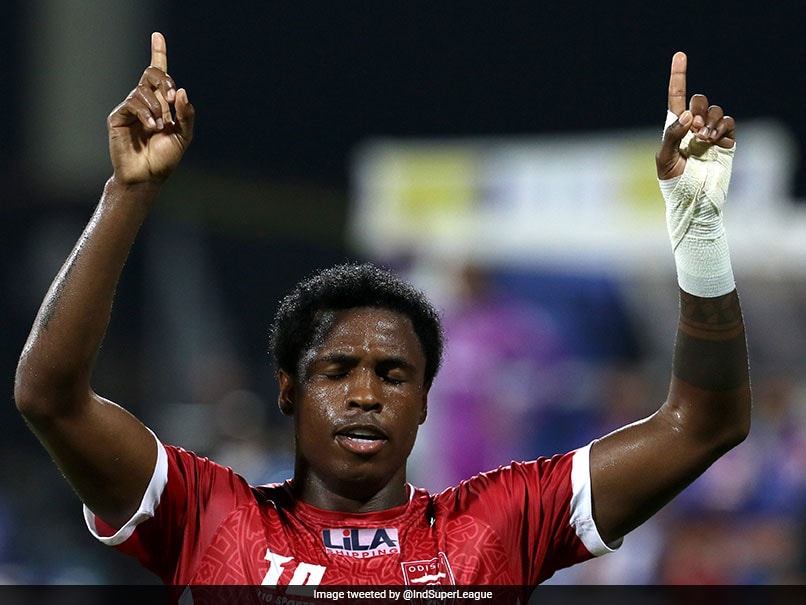 Odisha FC got the monkey off their back as they cruised to their first win of the season with a 4-2 victory over Kerala Blasters in the Indian Super League (ISL) at the GMC Stadium, here on Thursday. Kerala drew first blood through Jordan Murray (7′) but Odisha took the lead in the first half itself through an own goal from Jeakson Singh (22′) and a strike from Steven Taylor (42′). Diego Mauricio’s second-half brace (50′, 60′) then settled the tie in favor of Odisha. Gary Hooper (79′) scored a consolation for Kerala, but it proved to be not enough to spark a comeback.

It was Odisha who started better, enforcing a corner in the third minute but Kerala scored the opener much against the run of play. KP Rahul headed Facundo Pereyra’s freekick at goal and a diving Arshdeep Singh could only parry it straight into Murray’s path. The latter made no mistake from a tight angle.

Odisha struck back 15 minutes later in a somewhat fortuitous fashion. Jerry Mawihmingthanga found Mauricio on the right and his shot took a heavy deflection off Jeakson before trickling past a wrong-footed Albino Gomes.

Vicente Gomez almost came up with an instant equalizer as he headed in Pereyra’s cross, but it was straight at Arshdeep. Kerala would rue the misses soon with Taylor taking advantage of some poor defending to give Odisha the lead just before halftime. Jerry’s cross found Taylor unmarked at the far post and the English defender calmly slotted in.

Jerry missed a good chance straight after the restart, but Mauricio would soon ensure that his miss went unpunished. First, he scored Odisha’s third after Jerry’s lob found him clear on goal. Ten minutes later, he scored a spectacular goal to put the result beyond doubt.

The Brazilian received the ball from Nandhakumar Sekhar and beat a defender before curling it past the keeper from outside the box.

Kerala would have a glimmer of hope in the 79th minute when Gary Hooper netted their second. Jordan Murray did well to put the ball in the box and found Hooper, who slashed at goal. His shot took a deflection off Taylor before going in.

The goal inspired the previously-downbeat Kerala players as they launched assault after assault on the Odisha goal. However, the Odisha defence stood firm as their coach Stuart Baxter celebrated his first win of the season at the final whistle.