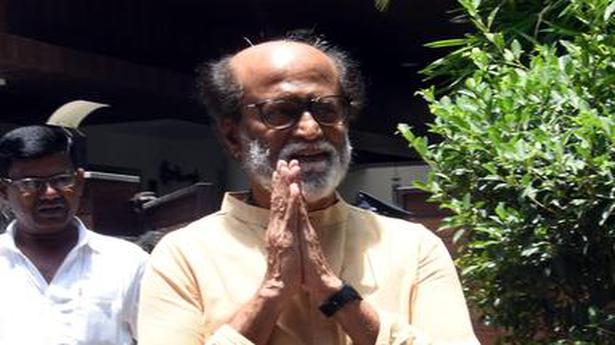 “Please don’t hurt me by holding protest events with the intention of persuading me to change my mind.”

A day after his fans protested in the city demanding that actor Rajinikanth reverse his decision to not enter active politics, Mr. Rajinikanth has said that he was pained at the protest organised by some members of Rajini Makkal Mandram.

In a statement, Mr. Rajinikanth said that while he appreciated that organisers had held the event with discipline and dignity, he was also pained at the fact that the event was held against the instructions from the leadership.

“I have already explained the reason why I am unable to enter active politics in a detailed manner. Please don’t hurt me by holding similar events with the intention of persuading me to change my mind,” he said.

We have been keeping you up-to-date with information on the developments in India and the world that have a bearing on our health and wellbeing, our lives and livelihoods, during these difficult times. To enable wide dissemination of news that is in public interest, we have increased the number of articles that can be read free, and extended free trial periods. However, we have a request for those who can afford to subscribe: please do. As we fight disinformation and misinformation, and keep apace with the happenings, we need to commit greater resources to news gathering operations. We promise to deliver quality journalism that stays away from vested interest and political propaganda.