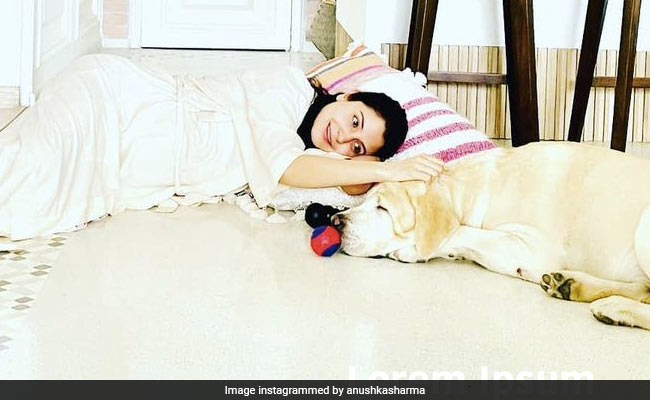 Anushka Sharma, who is expecting her first child with husband Virat Kohli this month, is a “serial chiller” and there’s no doubt about it. How can we be so sure? Well, the actress herself shared proof on Monday evening. Pregnant Anushka Sharma posted a super adorable picture of herself and her doggo lying on the floor next to each other and relaxing. She looks pretty in a white outfit, perfectly matched with the interiors of her house. Sharing the picture, Anushka Sharma wrote: “Serial chillers in the house.” Anushka’s post is a hit with her Instafam, with many comments comprising numerous heart emojis.

Earlier on Monday, mom-to-be Anushka Sharma gave us a glimpse of her gym diaries. She shared a boomerang featuring herself sweating it out on a treadmill. Take a look at the screenshot of the actress’ Instagram story here: On Monday evening, Anushka Sharma was photographed outside a clinic in Juhu. She looked gorgeous in a white shirt and denims. Anushka Sharma and Virat Kohli earlier announced in August that they are expecting their first child in January.