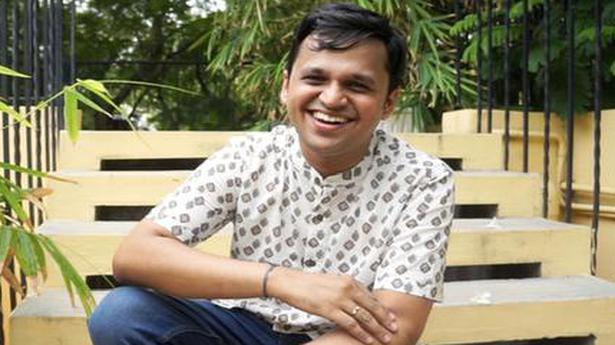 Saketharaman’s recent initiatives have a common objective: making classical music accessible to all

In Saketharaman’s virtual class, however, that is not the case. You might be singing simple bhajans, or learning a Thiruppavai verse, along with the story associated with it. “We narrate the context in which a composition was penned, and its meaning. There is a reason why a song has to be emoted a certain way, and the minute we know that emotion, it is easier to grasp its essence.”

Since June last year, Saketh and team have been trying to teach this to 135 students from Classes II to VI of his alma mater, PS Senior Secondary School.

Titled Kala Shiksha, this initiative seeks to sow the seeds of classical music in a contemporary, fun manner. “To get children hooked onto Carnatic music, you need to take a different approach to teaching. This music season, we asked our students to listen to at least a couple of virtual concerts and come back with their understanding. For this generation, a dialogue between the student and teacher is crucial.”

The 38-year-old Chennai-based vocalist has been striving to make this art form more accessible to all. “It needs to be packaged in a contemporary way. My guru, Lalgudi Jayaraman sir, would say that the surest way to denigration is to not change ourselves citing tradition. I believe that today’s innovation will become tradition tomorrow,” says the recipient of the Sangita Nataka Akademi award and Best Vocalist award from The Music Academy.

If school students are his target audience for Kala Siksha, the world at large is his target with Crossover with Saketh, a web-series intended to enhance the listening experience of Carnatic music. In the series, which now has more than 10 episodes, Saketh explains musical terminology such as virutham, thanam and thillana citing examples from popular film music too.

“We sometimes alienate people by using jargon. Padam, for instance, is nothing but a reference to love songs. A lot of what we listen to is Carnatic music; it’s just that we just do not realise it,” says Saketharaman, who has drawn the examples of D Imman’s ‘Vaane Vaane’ (Viswasam) to explain kalpana swaram, AR Rahman’s ‘Kalloori Saalai’ (Kadhal Desam) to explain virutham and Ilaiyaraaja’s ‘Om Sivo Ham’ (Naan Kadavul) to veer into thanam.

Saketharaman believes that such attempts will help casual listeners cross over to Carnatic music. “There are so many intricacies in film music, but we simply enjoy the melody and rhythm. Do we pay attention to things such as chord progression or guitar notes? Similarly, Carnatic music can also be enjoyed without thinking about its technicalities.”