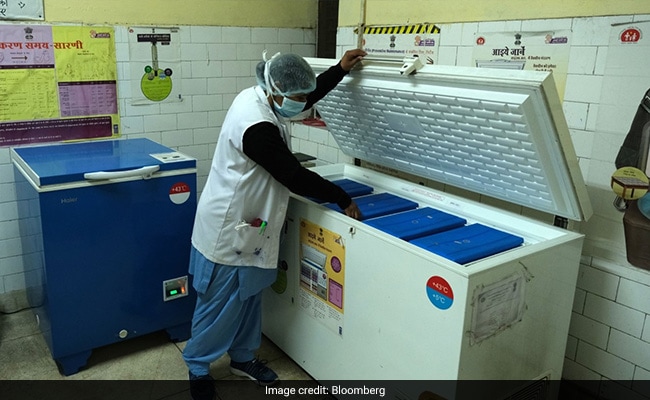 A health worker opens a deep freezer during a Covid-19 vaccine dry run in Delhi, Jan. 2.

As major countries like the U.S. and China race to vaccinate their populations with rapidly approved shots, tens of millions of doses prepared for India are sitting in storage despite having been authorized for use.

While distribution in other nations started soon after approval with pricing deals signed ahead of time, New Delhi and Serum Institute of India Ltd. — the world’s biggest vaccine maker by volume and AstraZeneca Plc’s local partner — have engaged in months of haggling behind closed doors and are yet to sign a formal supply agreement. That has left at least 70 million vaccine doses in limbo despite the urgent need in a country facing the world’s second-largest outbreak.

On Sunday, Serum’s billionaire Chief Executive Officer Adar Poonawalla said Indian officials have “orally” agreed to buy 100 million doses at a “special price” of 200 rupees ($2.74) a shot, below the about $4 to $5 price tag given to the U.K. government. The company then wants to sell vaccines privately to individuals and companies at a marked-up cost of 1,000 rupees within two to three months.

The government may be looking to put pressure on Serum to lower its prices, as seen by its controversial decision to greenlight a rival vaccine developed by a local company that’s still recruiting volunteers for final-stage testing, according to Abhishek Sharma, an analyst at Jefferies.

The standoff has cost precious time in a country where infections have crossed the 10 million mark, and reflects the tension between public interest and private profiteering from pharmaceutical companies that want to recoup their pandemic investments quickly.

While richer, developed economies have mostly avoided pricing disputes in their roll-outs so far, the issue of how much inoculations should cost amid a pandemic that’s killing more than 10,000 people each day globally is likely to loom larger as distribution extends to the developing world.

For Prime Minister Narendra Modi, each cent spent on the price of a vaccine in a nation home to more than 1.3 billion people will have serious financial consequences for his administration.

“When you are buying in bulk, there is obviously the advantage of being able to negotiate the price,” Randeep Guleria, a member of PM Modi’s taskforce for Covid-19 management and the director of the All India Institute of Medical Sciences, said in an interview on Monday. He added that negotiations are ongoing under the procurement policy and “obviously they may also be able to decide on what should be the market price subsequently.”

Mr Guleria said that the purchase agreement would be signed “any day now.” India is ready to roll out Covid-19 vaccines within 10 days of its approval by the drugs regulator, Health Secretary Rajesh Bhushan told reporters at a briefing on Tuesday. He didn’t say whether a price or supply deal had been signed.

It took five to six days for the first jabs to be deployed by the U.K. after it granted emergency nods to the Pfizer Inc. and Astra-Oxford vaccines.

In October, people with knowledge of the matter told Bloomberg that New Delhi has set aside about 500 billion rupees for vaccination efforts, estimating an all-in cost of about $6-$7 per person. A spokesperson for India’s health ministry couldn’t be reached for comment.

“The government doesn’t fork over money to the private sector that easily,” Ramana Laxminarayan, the founder of the Center for Disease Dynamics, Economics & Policy, said. “They are just good at playing the game because they have budget pressures — bureaucrats, if they come back with a bad deal, the minister will send them right back and say ‘get me a better price’.”

India’s vaccination blue print states that 300 million people will be inoculated in the first stage of deployment, starting with health workers, followed by police personnel and soldiers, and then those with co-morbidities and people over the age of 50. Mr Guleria said this process would take to three to four months to complete. 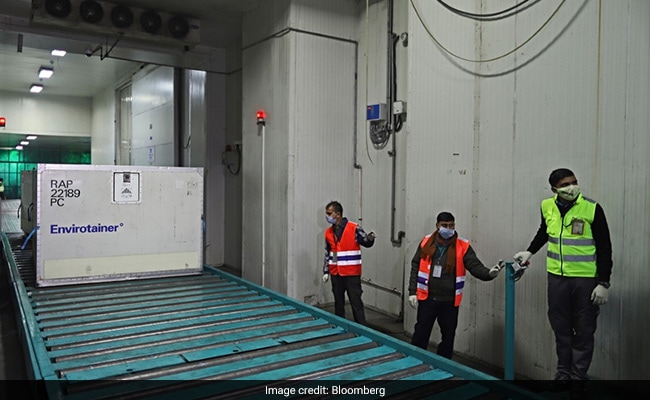 Local officials across the country have been asked to compile priority vaccination lists, but preparatory work appears uneven, according to interviews with doctors and local representatives. Some localities also appear to be preparing to administer two different vaccines at the same time.

Though AstraZeneca’s shot has been tested in global trials and has received an emergency license from the U.K. and Indian regulators in recent days, Hyderabad-based vaccine developer Bharat Biotech International Ltd. has yet to start analyzing any Phase 3 testing data, but was also controversially granted limited usage approval by the South Asian nation over the weekend.

“There are multiple vaccines that are going to be used,” said Amit Thadani, a surgeon at the Nirmaya hospital in Mumbai. “They are going to allocate one particular type of vaccine to be used only in one district, so if there’s a problem it is easy to identify which particular vaccine is causing it.”

Serum, which has an agreement with AstraZeneca to produce at least a billion doses, has already scaled back an initial production target of 100 million by December due to slower than anticipated approvals.

Quick question; will the government of India have 80,000 crores available, over the next one year? Because that’s what @MoHFW_INDIA needs, to buy and distribute the vaccine to everyone in India. This is the next concerning challenge we need to tackle. @PMOIndia

In Sunday’s interview, Mr Poonawalla was optimistic a written deal would be soon reached within a couple of days. “We’ve already packed it, we just need to send it out in trucks across states and have it delivered,” he said, referring to the 70 million doses the company has ready for distribution.

Meanwhile, India’s decision to grant Bharat Biotech’s Covaxin restricted approval despite a lack of final test efficacy data has flummoxed observers. In August, the company’s Chairman Krishna Ella told a conference that their vaccine would be cheaper than bottled water — implying a cost of less than half of what Serum is offering AstraZeneca’s vaccine for.

“Covaxin’s hasty approval, even as a backup candidate, is driven primarily by the government of India’s commercial considerations,” Mr Sharma, the Mumbai-based health-care analyst at Jefferies, said in a report on Sunday. If Covaxin “is able to demonstrate efficacy in next few months, subsequent vaccines will have to compete on both price and efficacy.”

The quick Bharat Biotech approval may also be due to India not wanting to be beholden to just one vaccine maker.

In an echo of a long-standing debate over the role of private pharmaceutical companies, concern is already growing that Serum’s position as the sole domestic supplier of a potentially life-saving vaccine is too powerful.

Outside of India, AstraZeneca is only supplying governments and has not inked any private deals with companies or individuals yet. Yet Serum wants access to the higher-margin private market within months, where it plans to mark up the shot’s price by five times, according to pricing plans shared by Mr Poonawalla.

The proposed pricing of 1,000 rupees per dose is “absolutely price gouging and leveraging his position as first mover,” said Malini Aisola, the New Delhi-based co-convenor of the All India Drug Action Network, a health watchdog. “Personally I don’t think they should provide approval for private use at the moment.”

But for the better-off in India’s stratified society, waiting for the byzantine public health-care system to distribute doses is not an option.

One large private bank is awaiting guidance on dates and benchmark pricing from the government that would allow it to consider procuring the vaccines directly from manufacturers, according to officials at the lender, who asked not to be identified as the deliberations are private.

For now Serum is still awaiting its first order from the government. Mr Poonawalla said that India does first need to secure enough vaccines for their most needy. “If we were to sell it however we wanted, it does make logical sense that some of the most vulnerable people might miss out,” he said.

“India buys a lot of vaccines from the Serum Institute each year and they know how to play this game,” said Mr Laxminarayan. “India can wait a little longer, but for Serum it’s not going to be that easy for them — the government has ways of leaning on him.”

–With assistance from Ragini Saxena and Suvashree Ghosh.