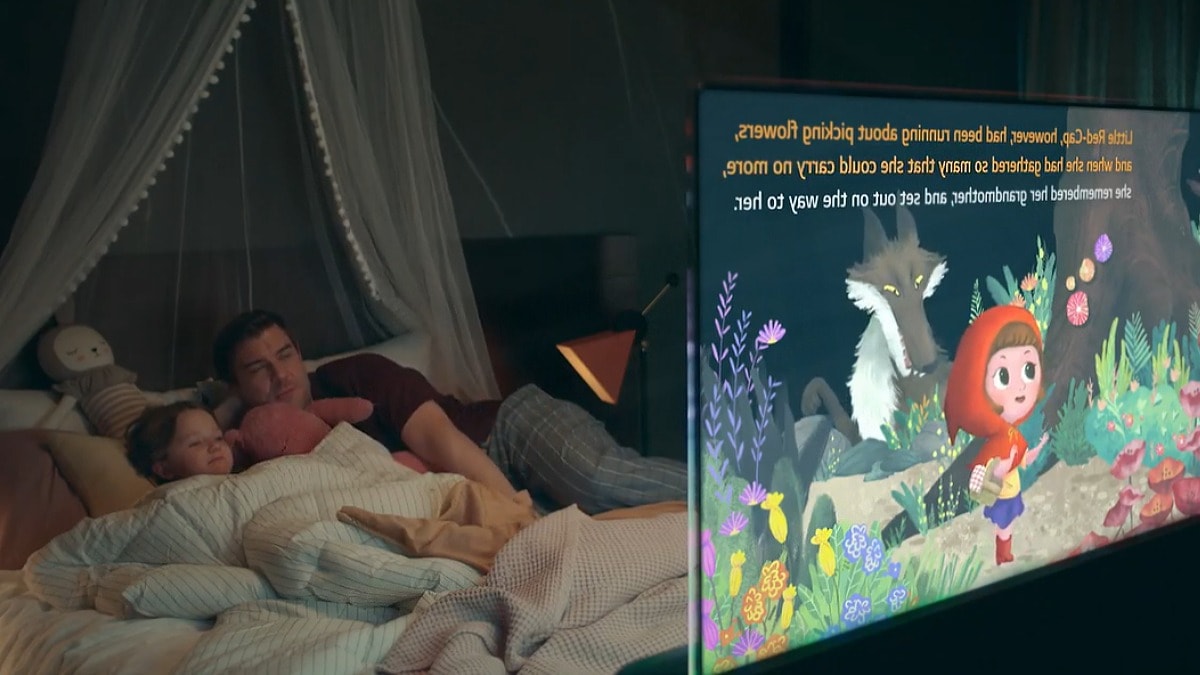 LG has showcased six display innovations at CES 2021, including a 55-inch transparent OLED Smart Bed. It is an OLED screen with adjustable height that can be placed at the foot of a bed. LG says the screen can achieve up to 40 percent transparency and you can see through it even when it is displaying an image. Besides that, LG also introduced a 55-inch display that can be used in restaurants (and double up as a barrier in these COVID times), and an 88-inch 8K Cinematic Sound OLED display, among a few other things.

LG showcased the new displays at the virtual CES 2021 that is on till 14 January.

Apart from being a transparent display of adjustable height that can be placed at the foot of the bed, the 55-inch OLED Smart Bed can also analyse your sleep patterns and act like an alarm clock. It also comes with built-in speakers.

LG has also introduced a 55-inch Rail & Pivot OLED, as reported by Android Authority. The display rests on a rail system and can slide itself out from a ‘hidden’ position to multiple angles. While showcasing the display, LG reportedly showed it hidden behind a wall and then sliding out when required. The display, which has pivoting capabilities, is introduced to be used for video-based exercises.

This 55-inch transparent OLED display by LG is designed to be used for public utility. It was shown being used on a subway, displaying information about routes along with the time and weather. It is aimed at letting commuters enjoy an uninterrupted view of a city while receiving information from the screen.

This display by LG, as revealed just before CES 2021, has a paper-thin screen that bends and unfolds with a curvature radius of up to 1,000R. The bendable OLED display comes with cinematic sound OLED (CSO) technology.

LG also showed a demo in which customers were seen sitting in a restaurant in front of a 55-inch transparent LED that displayed the menu as well as things like a sports game. The idea is that customers would be able to talk to people, such as the chef, through the display.

The demo also showed a 23.1-inch in-Touch stretch display below the 55-inch OLED that allowed the customers to select entertainment, make purchases, or call the chef.

Is Mi QLED TV 4K the best affordable smart TV for enthusiasts? We discussed this on Orbital, our weekly technology podcast, which you can subscribe to via Apple Podcasts, Google Podcasts, or RSS, download the episode, or just hit the play button below.