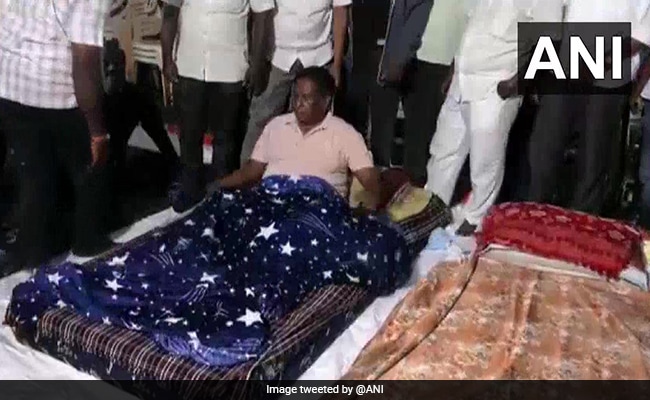 Chief Minister along with his workers have participated in the dharna.

The ruling Congress-led Secular Democratic Alliance in Puducherry started a four-day protest against Lieutenant Governor Kiran Bedi on Friday, claiming that she was not allowing the elected government to function.

The Chief Minister along with his cabinet colleagues, legislators of the ruling party, and workers of the alliance parties have participated in the dharna. They were seen carrying posters and placards, reading “Corporate Modi Quit! Quit!, Call back Kiran Bedi.”

“She is not allowing the elected government to function and is interfering in day to day administration. People will sit peacefully and agitate for at least three days,” the Chief Minister had said.