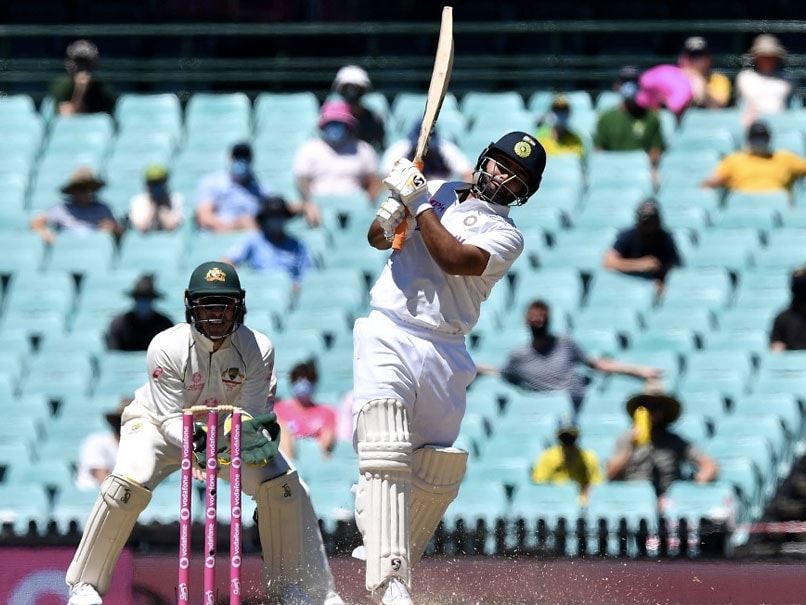 Rishabh Pant played a sensational knock, smashing 97 off just 118 deliveries, to keep India’s hopes alive on the fifth and final day of the ongoing third Test against Australia in Sydney on Monday. While Pant missed out on what would have been one of the most memorable centuries in recent times, he certainly won many hearts with his fearless approach that made Australia toil in the field. The wicketkeeper-batsman, who didn’t keep wickets during Australia’s second innings after suffering a blow to his left elbow, came out all guns blazing and took the Australian bowlers apart with his counter-attacking approach, and smashed 12 fours and three sixes.

After Pant’s dismissal fans and expert took to social media to praise the whirlwind knock by one of the youngest members in the Indian side.

The explosive batsman received praise for overcoming his injury and playing a superb knock in adverse circumstances, with the team pushed against the wall after an early wicket of Ajinkya Rahane on Day 5.

Former India batsman VVS Laxman, who himself played one of the most memorable Test knocks in the history of Indian cricket, praised the left-handed batsman for the way he batted and brought India back into the game.

“He may not have got his Hundred but @RishabhPant17 can be very proud at the way he batted. Got India back into the game with his aggressive stroke play. Well done young man. #AUSvIND,” Laxman tweeted.

He may not have got his but @RishabhPant17 can be very proud at the way he batted. Got India back into the game with his aggressive stroke play. Well done young man. #AUSvIND


Wasn’t a century but what a helluva knock under pressure…fought the odds and the injury. #RishabhPant #AusvInd

On our hand each finger does a different job, and that’s exactly what @cheteshwar1 and @RishabhPant17 did for #TeamIndia. Wonderful partnership.#ONETEAMONECAUSE#AUSvIND pic.twitter.com/sUEwWXXvYj

Wonderful innings from Pant, his natural instinct should always be embraced. “Live by the sword, die by the sword”#AUSvIND

Talking about Pant’s dismissal he was cruising towards a well-deserved century but with just one over left before the second new ball was due for Australia, he decided to take Nathan Lyon on but miscued his shot and handed a simple catch to the gully fielder.

However, what was interesting to see was that when Pant made his way back to the pavilion after getting out, he received a standing ovation from the SCG crowd.