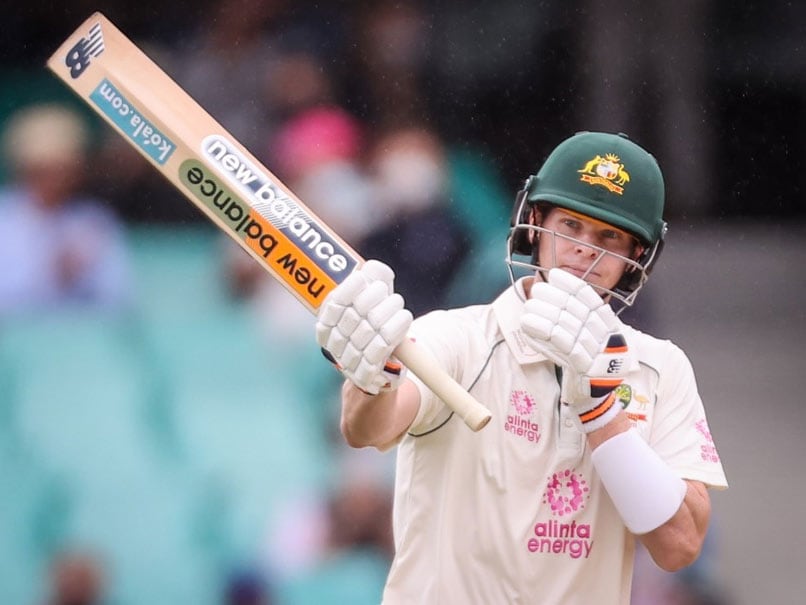 Former Australia skipper Steve Smith dismissed talk of a form slump but credited a more positive attitude after his battling century against India in Sydney on Friday. The 31-year-old reached three figures in a Test for the first time since 2019, smacking 131 for his 27th ton to help steer Australia to a first innings 338. He bounced back after failing to reach double figures in the opening two Tests, which sparked a flurry of concern about his form among pundits and the media. But Smith said he was never worried, pointing out that he hit pulsating back-to-back centuries in the limited-overs series against India late last year.

“I read a lot of things and plenty of people said I was out of form so it was nice to come back into form, if that’s what you want to call it,” he said.

“I mean, it was only about three or four weeks ago that I scored two hundreds at the Sydney Cricket Ground. So yeah, it kind of just makes me laugh sometimes when people say that kind of thing.

“I missed out in the first two Tests obviously and came back today and scored some runs and helped I guess put us in a decent position.”

Smith struggled against the spin of Ravi Ashwin in Adelaide and Melbourne and admitted he made some adjustments to his game, which helped him build his near-flawless score.

He was faster on his feet and came down the wicket more, but he said it was a change in attitude that made the biggest difference.

“I decided to be a bit more positive. I think early on I hit him (Ashwin) over his head, sort of just put a bit of pressure on him,” he said.

“So, yeah, it was a concerted effort to do that and I was happy with the way I played him.”

Smith, who averages more than 60, faced 226 balls and hit 16 boundaries in his patient knock, surviving only an ambitious lbw review on 41.

His first century in Australia for more than three years, including a one-year ban for ball-tampering, was all the sweeter for the fact that it came in Sydney.

“It’s always special, I love playing here at the SCG, it’s a great place to bat,” he said.

“It’s my home ground and my mum and dad were here, so they were able to see that.

“I’m just proud to get three figures on the board and spend some time out in the middle and help us post a decent score.”