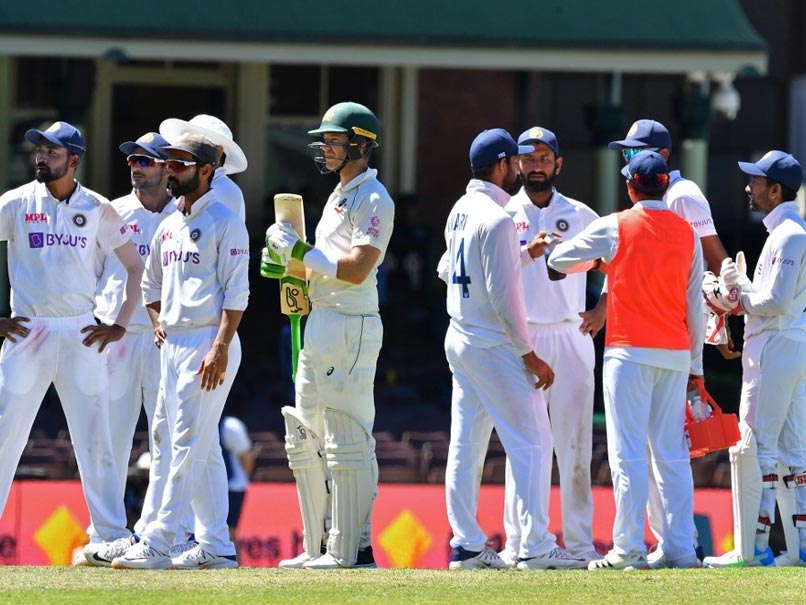 AUS vs IND: Play was stopped after Mohammed Siraj’s complained about a crowd remarks.© AFP


A day after the Indian team filed an official complaint against alleged racial abuse faced by two of its players, a group of spectators were asked to leave the Sydney Cricket Ground on Mohammed Siraj’s complaint. The incident took during the second session on Day 4 when Siraj was fielding at the fence and raised the issue with the on-field umpires. Siraj and Jasprit Bumrah faced alleged racial abuse on second and third day of the ongoing Test match which led to the team management lodge a complaint with the match officials.

Just before the Tea, the play was stopped for more than eight minutes after Siraj, fielding at fine leg fence, charged in from the ropes and raised the issue with on-field umpires, while pointing towards a group of spectators.

After Siraj’s complaint, the umpires and security guards convened to identify the group of spectators and upon identification six people were asked to leave by the New South Wales Police.

Reacting to the incident, Sean Carroll, Cricket Australia’s Head of Integrity and Security said that “if you engage in racist abuse, you are not welcome in Australian cricket”

“CA is awaiting the outcome of the International Cricket Council’s investigation into the matter reported at the SCG on Saturday. Once those responsible are identified, CA will take the strongest measures possible under our Anti-Harassment Code, including lengthy bans, further sanctions and referral to NSW Police,” said Caroll, reacting to the complaint filed by the Indian team.

“As series hosts, we unreservedly apologise to our friends in the Indian cricket team and assure them we will prosecute the matter to its fullest extent,” he added.