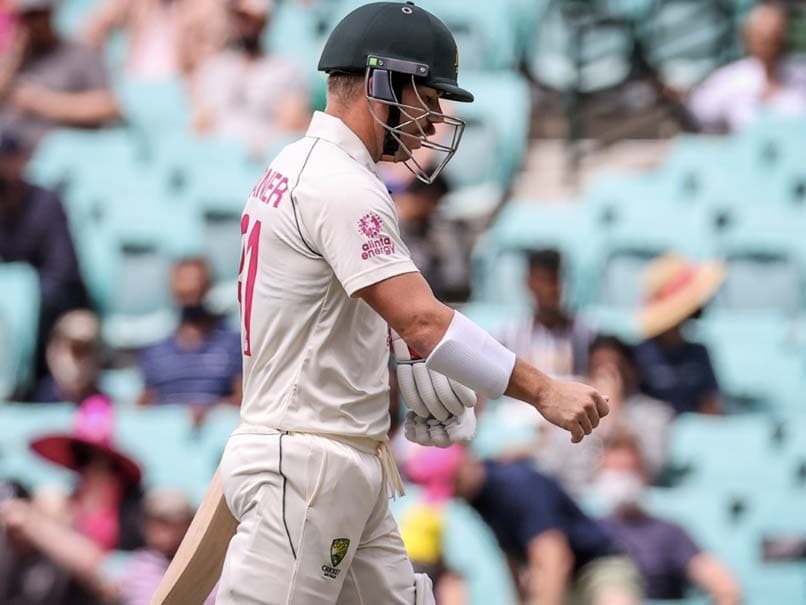 India vs Australia: David Warner was dismissed for five runs on Day One of Sydney Test.© AFP


Former Australia batsman Mark Waugh on Thursday slammed David Warner for playing a loose shot and giving his wicket away on the first day of the third Test against India at the Sydney Cricket Ground (SCG). Mohammad Siraj sent the comeback man Warner (5) back to the pavilion in just the fourth over of the innings and the hosts once again got off to a bad start in the ongoing series against India. Warner went for a drive, but only managed to get an outside edge and a simple catch was given to Cheteshwar Pujara at first slip. This is the first time in four years that Warner has been dismissed for less than 10 runs in a home Test.

“That’s just a loose shot. That’s not a shot you want to be playing in the first 20 minutes of a Test match. You’re driving on the up, it’s not there to drive and it’s wide as well and you’re throwing your hands at it,” Waugh told Fox Cricket.

“Even if his groin was okay, he would have had to take an almighty step to get even close to that delivery. Just an impatient shot really and maybe trying to get runs on the board quickly,” he added.

Australia have rushed Warner’s comeback as the left-handed batsman had himself accepted that he was not 100 per cent fit before the start of the third Test.

Former Australia batsman Michael Hussey also said that Warner does not look “fully fit” and it is not a great sign for the hosts.

“He was running through, he’s certainly labouring a little bit and it’s not the David Warner we are used to seeing. He certainly is not even close to 100 per cent fit. It’s not a great sign,” Hussey had told Fox Cricket.

Rain forced an early lunch on the first day of the third Test between India and Australia on Thursday.

With Australia’s score at 21/1 in the eighth over, rain played spoilsport and the play had to be halted and as a result, early lunch was called.

Indian pacer Navdeep Saini and Australia’s Will Pucovski made their Test debuts at the SCG.